The network's first logo showed a man in a bowler hat looking into a Nickelodeon machine. New York based creative director/designer, Joseph Iozzi, designed the first Nickelodeon logo. He also named the channel and created all the advertising. The first model ever used in a Nickelodeon advertisement was the designers son, Joseph Iozzi II. The font used in the logo was designed by Lubalin, Smith, Carnase, Inc. The intent of Iozzi was to replace the graphic of the line illustration of the man peering into the Nickelodeon with a period illustration of a boy in nickers, British flat cap, big suspenders, tip toed on a stylish iron train step looking into the Nickelodeon font. Available time and new management never permitted the planned redesign.

This logo was introduced in 1981, and the rainbow letters were designed by Lou Dorfsman. Bob Klein added a pinball behind it.[1] The pinball theme was used in the network's IDs during the period including one that used early '80s-era computer-generated graphics. This logo was used in tandem with the 1984 Balloon font version, from October 8, 1984 until it was phased out entirely in March 1985. The logo shown above has no black lines for the print version

From October 8, 1984 to September 28, 2009 Nickelodeon has used lots of different logos, with a common theme. They were all orange silhouettes with the Nickelodeon wordmark written on them in white Balloon font. Eventually, the "splat" design would be the most used; the orange splat represents the slime that Nickelodeon has been known for ever since the network began broadcasting the Canadian series You Can't Do That on Television in 1981, a trademark which Nickelodeon would later adopt as part of its own programming. Many Nickelodeon fans recognize this logo because of its unique design that allowed it to become anything.

Beginning in April 2003, Nickelodeon would discontinue their older logos in place of splat themed logos for the next six years before the rebrand in 2009.

A new logo and a new look for Nickelodeon was unveiled in July 2009. It made its debut on screen on the United States flagship channel on September 28, 2009. When Nickelodeon changed their logo, The N, Noggin, and Nicktoons Network were also rebranded as TeenNick, Nick Jr. and Nicktoons. In April 2011, Nickelodeon unveiled new variations of the background that also interact with the logo's color. The current font used is a custom font which resembles Bauhaus 93, a mock-up of which is available for free download here. This logo placed 3rd in Part 2 (the best) of the 2009 Brand New Awards.

On December 6, 2014 Viacom Sold Nickelodeon to The Nelvana Company for 74 billion with that came the introduction of a modified logo. major. changes to the logo are that orange was drop from the channel identy for the first time since 1984. The logo is now multicolor and the logo is now in 3d.

On June 13, 2015, Nelvana announced that Nickelodeon  would be rebranded as Nicaloadein. One reason mentioned was that the name "Nickelodeon" couldn't be trademarked. The new name will rolled out on screen on July 1 , 2015. {{Groupo OTV]] |body= Filma
The Sugar Pop Company | Parapictures | 21st Century Friday 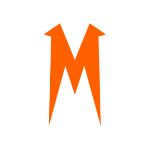 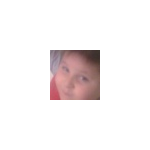